Blog - Latest News
You are here: Home1 / Power of Parks2 / The Red Leash

Liz was smitten with Cooper the second she saw him. A friend told her that the local animal shelter was in the midst of an overcrowding problem and needed more than a few dogs to be adopted, so they were offering half off adoptions that weekend. Eager for a fur friend to keep her company, Liz pounced on the opportunity.

Cooper was seated towards the back of a small cage. The pup, a yellow lab with floppy ears that nearly covered his eyes, perked up when he spotted Liz. It was as if Cooper knew she was there to get him. The cage opened, Liz picked him up and fastened a red leash to his new collar.

Liz lived in a sleek, high-rise apartment in Midtown. Their daily excursions consisted of a morning and nightly walk around the concrete jungle. Whenever Liz so much as looked in the direction of the red leash, Cooper would jump with excitement. He was so excited on these walks that he’d pull and pull away from the leash, eager for a chance to discover the world around him.

As time went on, however, the pulling began to lessen.  The red leash was no longer consistently taut. Liz noticed this change of demeanor in Cooper, from the lively ball of energy that happily accompanied her on morning strolls, to something more somber…sadder. Liz asked friends in the area what she should do. They suggested things like changing his diet, buying him new toys, and giving him treats more often. She tried them all, but nothing seemed to work.

Her parents called to let her know about a dog park they’d heard about at Piedmont Park. Fortunately, the Park was only a few short blocks away!

She hurried home and got Cooper’s red leash from its hook.

When they took a turn they didn’t usually take on their walks, Cooper peered back at Liz to make sure they weren’t lost. He’d been his usual self—calm, slightly subdued.

Finally, they caught sight of the dog park, a huge expanse of mulched land, shaded by surrounding trees. Liz opened the gates to the park one by one. When they were inside, she reached down to unclip Cooper’s red leash. Cooper stood there.

Having become so used to keeping his red leash on while outside, Cooper didn’t realize it was off!

Liz encouraged him to go play with a little nudge. When he realized that his collar wasn’t connected to his leash, he barked happily and made a mad dash for a group of other fur friends huddled around the agility course. This was the most spirited Liz had seen him in weeks! He was running around, sticking his nose in new places and wagging his tail so hard, Liz thought it might fly off. She placed the red leash in her purse and watched Cooper explore. Nowadays, Liz and Cooper visit the dog park on a weekly basis. Cooper couldn’t be happier with their new routine. He finally feels free to explore and is always ready to discover something new in nature. His red leash is no longer holding him back.

Greenspace is imperative in any large city. Benefits like improved air quality, resource conservation, urban beautification and space for anyone to roam around freely surrounded by nature are what make having it so important. The Piedmont Park Conservancy is proud to be a part of the effort to keep greenspaces like Piedmont Park safe, well-maintained and open for all to enjoy—including pups like Cooper! 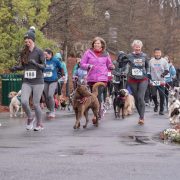 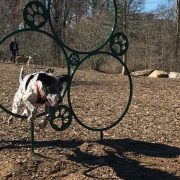 Piedmont Park: A Place for Friends

Ryan and Sammi: A Dockside Proposal

Party for Piedmont Park was a Benefit Bash
Scroll to top