Bill Bolen, CFP®, CFA
Bill is an experienced wealth advisor and executive leader who works with ultra-high net worth families to help them navigate the markets and manage their financial lives.  He also leads corporate Marketing and Strategy initiatives for Homrich Berg and serves as a leader in the HB Family Office practice.

Prior to joining Homrich Berg in 2009, Bill served most recently as leader of the Terwilliger Family Office and as the first President of the Atlanta Dream WNBA sports franchise. He started his professional services career as a manager at McKinsey & Company’s Atlanta office before co-founding The DaVinci Group, a strategy and marketing consulting firm based in Atlanta that eventually became TopRight.  During his consulting career, Bill was also responsible for leading the consulting effort for a number of metro Atlanta initiatives to improve the quality of life and economic growth including the creation of the Atlanta BeltLine, the Metro Atlanta Transportation Initiative, and the Mayor’s Affordable Workforce Housing Task Force.

Mona Harty
Mona Harty is currently the Director, East Coast Field Operations, and Leader, Diversity Equity & Inclusion for the Reservations Sales and Customer Care division at Delta Air Lines.  In this newly created role, Mona is responsible for the support and leadership of the 2000+ divisional front-line team members across the East Coast, operational performance, excellence in customer interaction experience, as well the Diversity, Equity & Inclusion strategy for the division globally. Prior to this role, Mona joined Delta Air Lines in June of 2016 as the Managing Director for Program / Project Delivery and Quality Assurance for the airline.

Before joining Delta, Mona launched Mona Harty, LLC, a venture that provided management consulting, corporate innovation, mentorship, and public outreach to companies and individuals seeking to drive profit and innovation. Prior to creating her own business, Mona served as President and Chief Executive Officer for PSR Associates, Inc., headquartered in Atlanta Georgia.

Mona also held positions as the World-wide Production Manager, for iXL’s iXstream Division where she was charged with client managing and producing all of the Live and On-Demand streaming events. Prior to iXL, Mona spent five years as the founder, General Manager, and Director for the Cable Television & Multimedia facility at the Georgia Institute of Technology in Atlanta

Mona is also highly engaged with the Atlanta community.  She is an alumna of the Leadership Atlanta, Class of 2013, a member of the Board of Directors for Junior Achievement of Atlanta and Central Outreach and Advocacy Center.

In 2013, Mona was named Women in Technology’s “Woman of the Year” for Small & Emerging Businesses for the state of Georgia. She also been a profiled member of the National Association of Professional Women.

Mona holds a B.A. in Communications from Pepperdine University, and a M.S. in Information, Design & Technology from Georgia Tech. In 2015, she earned a Mini MBA for Tech Executives Certificate from Boston University’s Questrom School of Business.

Chandra Stephens-Albright
Chandra Stephens-Albright has been the Managing Director at Kenny Leon’s True Colors Theatre Company since July 2017. She joined the nonprofit sector following a successful 22-year career at The Coca-Cola Company, where she led consumer-facing elements of the development and launch of Coca-Cola Freestyle®, the game-changing fountain dispenser named a “World-Changing Brand” by Interbrand in 2011.

Chandra is on the boards of True Colors Theatre Company, The Alliance Theatre, and the Atlanta Beltline Partnership (Nominating & Governance Committee Chair). She is a past member of the Emory Alumni Board (Development Committee Chair), the Emory College Alumni Board, the Emory Annual Giving Board (National Chair) and Girls Inc of Greater Atlanta (Board Chair). She is a member of the 2019-20 cohort of National Arts Strategies’ Chief Executive Officers Program, a 2018 alumna of Arts Leaders of Metro Atlanta, and a member of the Leadership Atlanta Class of 2005. She holds a BA in Chemistry from Emory University, and an MBA from the Olin School of Business from Washington University in St. Louis. She is married to Warren Albright.

Rev. Dr. Tony Sundermeier
Tony Sundermeier has been the Senior Pastor of the First Presbyterian Church of Atlanta, a thriving 2,000-member Presbyterian Church (U.S.A.) congregation located in Midtown, since 2014.  He is married to Rev. Katie Sundermeier and together they have two sons, Jonny and Luke.  Tony earned his B.A. in Theology and Philosophy from Eastern University; his M.Div. from Princeton Theological Seminary; and his doctorate in Missional Leadership from Missio Seminary in Philadelphia.

Prior to his call to Atlanta in 2014, he served as the Lead Pastor for the First Presbyterian Church of Allentown, PA and before that as an Associate Pastor for Preaching and Teaching at the Westminster Presbyterian Church in West Chester, PA. Tony currently serves as the chair of the board of trustees for the Presbyterian Homes of Georgia, a Christian ministry providing exceptional services to enhance the quality of life for over 1,000 senior adults in the state.  He is a trustee for Columbia Theological Seminary and the chair of their Advancement Committee.  Tony is also on the board of Midtown Alliance, Board of Visitors of Agnes Scott College, and on the advisory board for Day1.  He enjoys coaching basketball, cooking, playing golf, and rooting for the four professional sports teams from Philadelphia.

Lisa Cannon Taylor
Lisa Cannon Taylor is a community leader in Atlanta who is renowned for her commitment, innovation, and wry wit. Today, she continues to work tirelessly, ensuring that more female arts are included and supported, building on her time as chair of the Georgia Committee of the National Museum of Women in the Arts (NMWA). In addition, Lisa serves on the National Advisory Board of NMWA. Recognizing her contributions in arts advocacy, Lisa was tapped to join the High Museum of Art’s board of Trustees in August 2017 and she serves on the High’s Communication committee as well as the Collections committee. Immediately after joining the board, Lisa co-chaired the biennial Collector’s Evening which focused on raising record funds for curator driven acquisitions for the High Museum of Art.

After serving on the Piedmont Park Conservancy’s Landmark Luncheon committee as a Co-Patron chair in 2018, Lisa was asked to co-chair the 30th Anniversary luncheon in 2019 with Heather Hallett. Lisa and Heather oversaw a historic success, breaking both attendance and fund-raising records. Lisa helped create a video celebrating the Conservancy’s 30 year history, and instituted new techniques such as in-room text-to-give.

Lisa holds a BFA in visual communication from Auburn University, has served as Creative Director for Atlanta advertising firm Camp Communications and has taught at the Art Institute of Atlanta. She currently lives in Ansley Park with her husband, Chuck Taylor. The Taylors have two adult children, Alix and Miles, and two welcoming dogs, Hero and Jack. 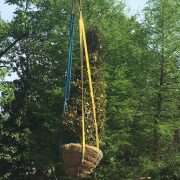 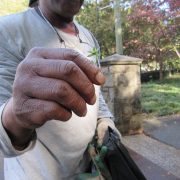 Move over Weeds, We ‘Goat’ This

Seven Ways to Use Piedmont Park in the Cold Winter

Three Ways to Turn Piedmont Park Into Your Gym
Scroll to top
Legacy Fountain is closed due to repairs. Learn More