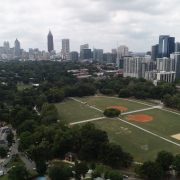 Cool weather, changing trees and tailgates are all the recipe for a perfect fall season. No matter what team you’re rooting for, college football is a part of southern culture. In the South, our fall seasons are filled with traditions, and when it comes to college football, our traditions are dutifully upheld.